We invited festival-goers into a secret world

Red Bull Unforeseen is the brand’s international concept, where secret locations are created in connection with selected events, the only common denominator being surprise. There are no limitations on the theme, as long as the outcome serves to entertain and activate consumers – and of course creates interest in Red Bull.

TAPAUS was given the task of creating and implementing a secret Red Bull Unforeseen world for the three-day Tikkurila Festival, with the aim of generating buzz both on-site and on social media, and in sales during the music festival.

Those who purchased a Red Bull drink in the festival area were given a hint to keep an eye out for a secret entrance through which only a limited number of people could enter at a time. Curiosity got the best of many festival-goers and they found their way to the Red Bull Unforeseen carnival we’d built.

A world completely different from the rest of the festival drew its influence from the moods of circuses and amusement parks: acrobat shows, fortune-telling, a chance to try the Grab the Bull by the Horns device, and even a roller coaster simulator were offered amidst the scent of popcorn. The classic string pull game was especially popular, with prizes like cuddly toys, bananas, or a useful raincoat.

A solid idea with solid execution

Red Bull Unforeseen was a great opportunity for TAPAUS to combine the expertise and imagination of our creatives with the experience of our producers. When everything could be found under the same roof, we were able to implement a large-scale brand experience with agility. Our most precious feedback came directly from the festival guests: we managed to evoke warm memories of childhood amusement park experiences. Combining Red Bull with nostalgia was something completely unexpected – and that’s exactly what Unforeseen is all about. 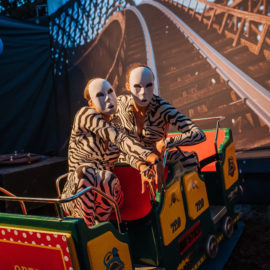 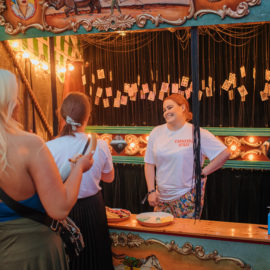 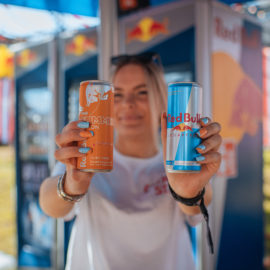 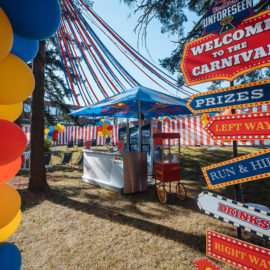