Sure, it would be easy to just dig last year’s set and materials out of the cellar and follow the same event script as last time. But the Airbus Secure Land Communications business unit definitely isn’t about taking the easy road. When a company is all about renewing itself and being a pioneer, that’s got to show in its exhibition stand.

The Critical Communications World 2018 conference and exhibition was held in Berlin and Airbus was once again able to really wow and surprise visitors with its stand. Instead of one large stand, Airbus took over three small ones and surrounded the Networking bar area. By sponsoring the Networking bar, they were able to visually take over a really large area where people could explore, talk and network.

”I really want to raise the bar every year and that means taking some risks. For example this year we added a totally new Apps Ecosystem stand where our partners could introduce guests to their applications. The layout of the stand was spread out, which created some challenges but also some opportunities,” says Igor Vinogradoff, Airbus’s Senior Event Marketing Manager. The risk paid off, because the stand attracted a lot of people and a lot of praise. 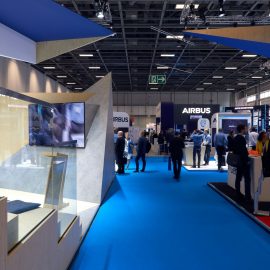 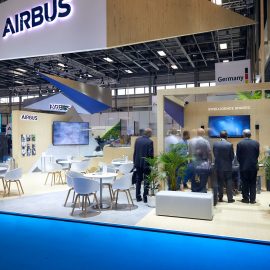 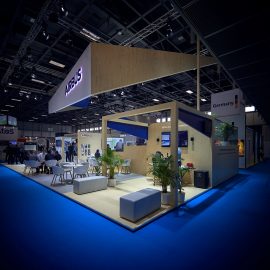 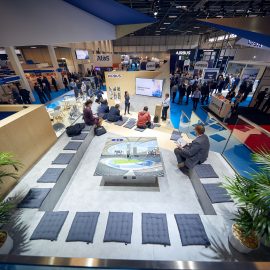 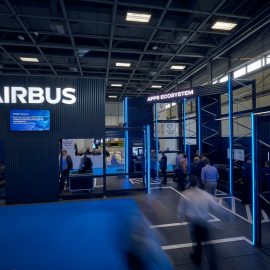 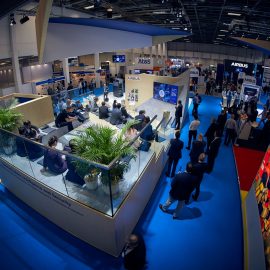 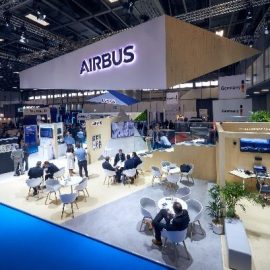 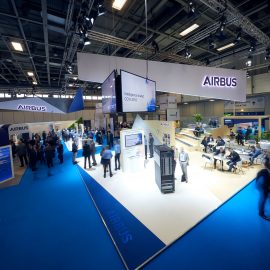 We didn’t always ask for permission

”But we haven’t had to do any apologizing either”, Vinogradoff says. ”Big companies always want to play it safe, but at exhibitions it’s really important to stand out and not look like everyone else there. That’s why some decisions you just need to make for yourself and not ask for anyone else’s permission.”

Of course the results need to speak for themselves. ”Exhibitions are an investment and you need to sell at them. If the stand doesn’t support the sales team’s work, you’re not going to get much of a budget for next year”, Vinogradoff says. A new, inspiring and energetic stand really helps the sales team succeed. ”When our own people are excited about the stand and want to spend time there, customers can sense that and it creates a positive attraction.”

Raising the bar pushes us to keep things fresh year after year. ”Everyone else usually has a lot of old stuff and a little something new, but for us that ratio is the other way around,” Vinogradoff says. Of course the basic elements always stay the same: we respect the guidelines around the logo, colors and other brand foundations. ”Everything else can be challenged. I love that Tapaus is up for even the wildest ideas and they never put the breaks on. And the building team at Tomexpo also deserve that same thanks,” Vinogradoff says.

”I’m kind of a difficult customer in the sense that I’m really demanding about all the details and I don’t always make things easy for production team,” Vinogradoff says with a laugh. And that’s really good – when we push each other we reach new heights. ”If someone had told me two years ago what kind of expo stand we’d be building in Berlin, I never would have believed them,” says Tapaus’s CEO, Timo Aalto.